On Remembrance Day 2019, members of the Burbach Lodge attended the service at the memorial in the village of Burbage. The Lodge name comes from the ancient name of the village and many of the members are resident in the village. The oldest member of the Lodge, Brother Cyril Staley, aged 98, together with his son Martin Staley, Director of Ceremonies and the Master of the Lodge, W. Bro. Will Farrell, laid a wreath on behalf of the members with the inscription:

"In lasting memory of those Freemasons who made the ultimate sacrifice in the Great War 1914-1918". 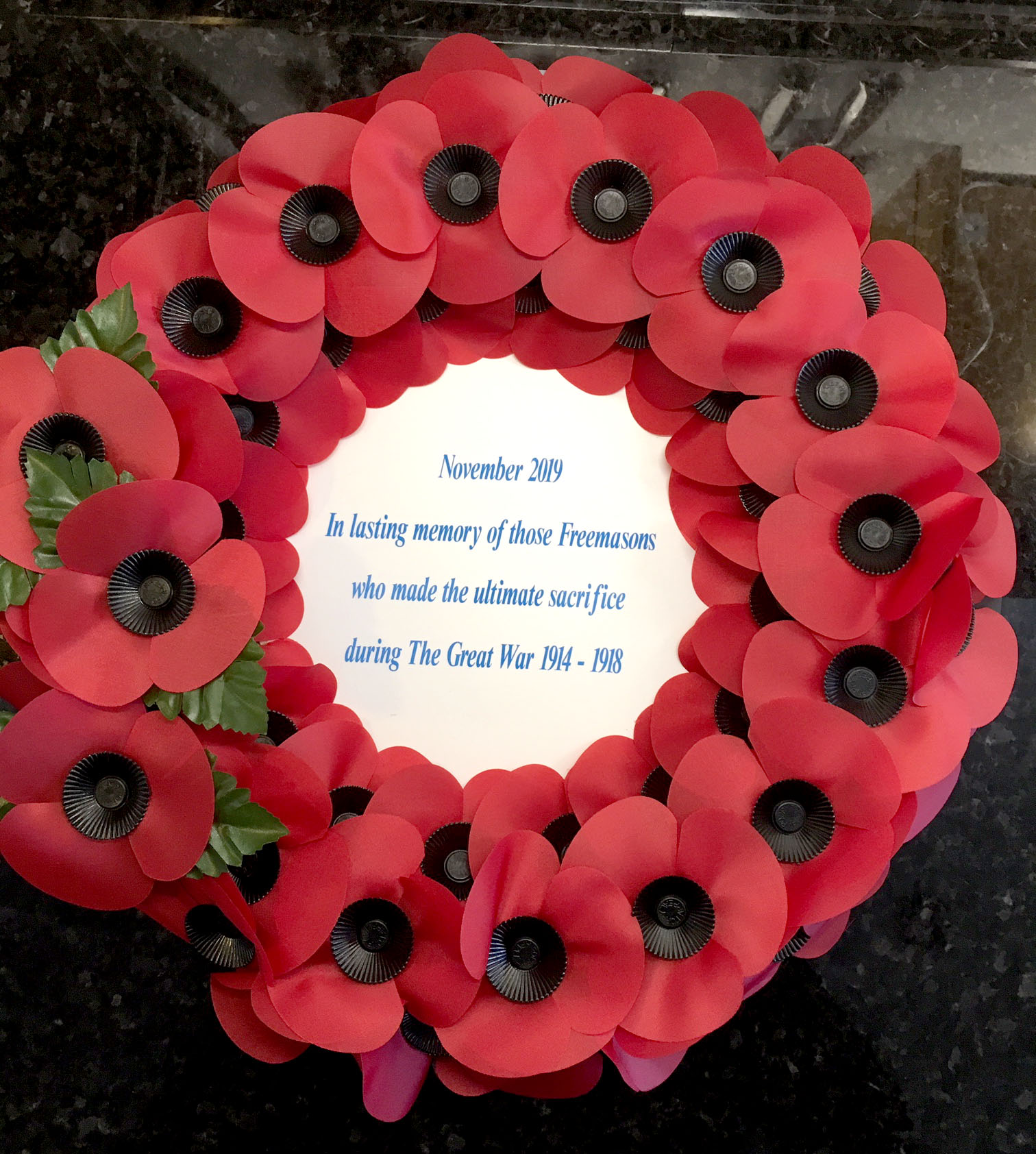 Brother Cyril is a veteran of the second world war when he served in the Royal Signals Corps during the first 3 years of service criss-crossing the country on his motor-bike relaying messages between HQ and many units around the UK plus escorting convoys. Being ill with appendicitis, he actually missed his units departure to France on D-Day, but was dispatched on a ship on day 2 of the assault and found himself with an attachment of Canadian forces and was, on landing in France, occupied with them in digging graves for the fallen for some 6 weeks. However he was then re-united with his own unit who worked their way across France into Germany. Cyril then once again was employed taking orders and instructions from the command post to the artillery on the front line, although at times locating this did prove difficult and he often found himself behind enemy lines and narrowly dodging the bullets! At one poiint a platoon of German soldiers even surrended to him not, wanting to fall into the hands of the Russians, and he escorted them back to his superiors.

For his service Cyril was actally entitled to receive Frances greatest award, the French Legion Of Honour, but he has never taken this up. At the service Cyril wore his own and his brothers medals who both served in WW2. Their father served in the Great War and fought at the famous battle at Mons in Belgium. So great an impact did that have on his father, that Cyril was given the middle name of Mons. 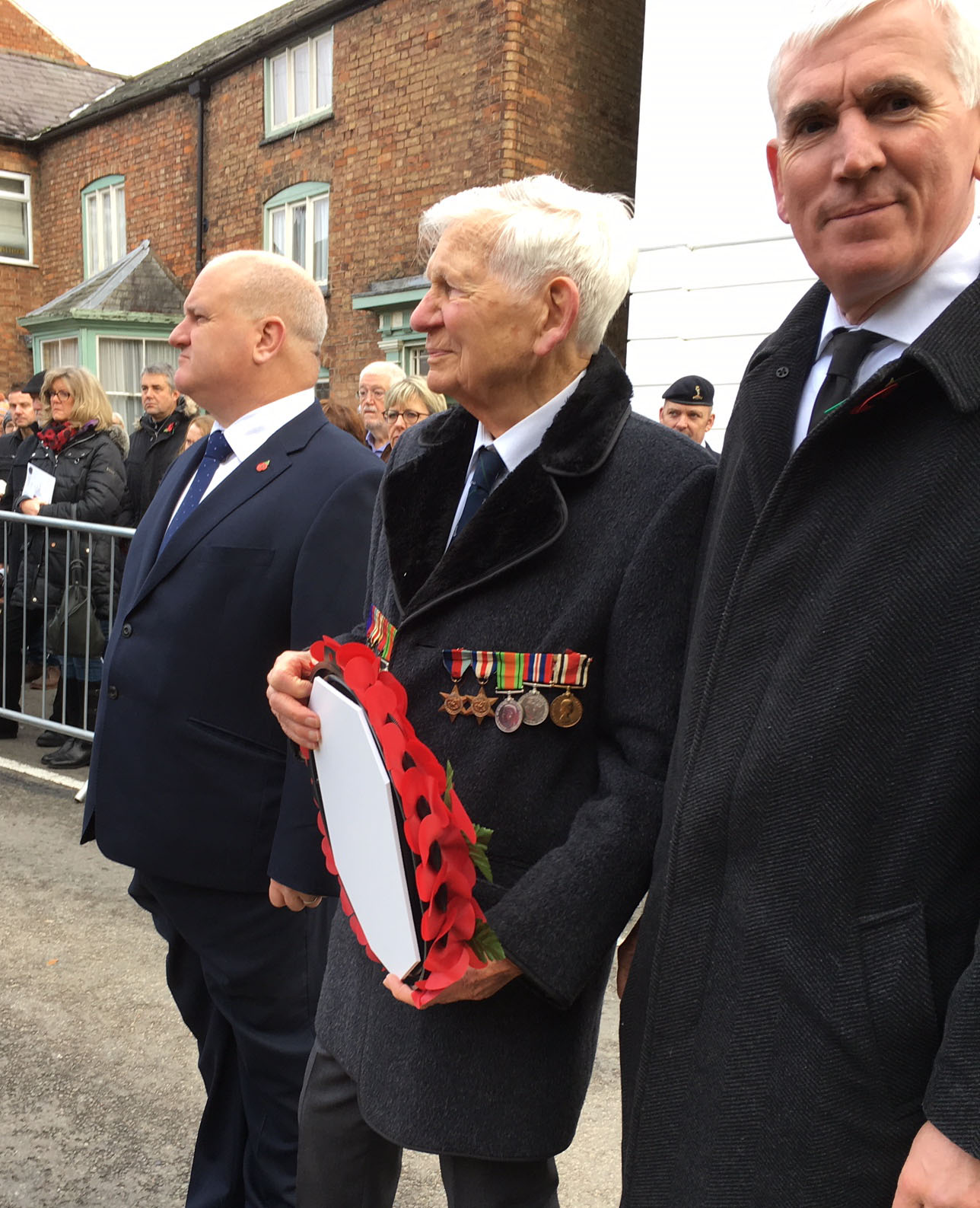