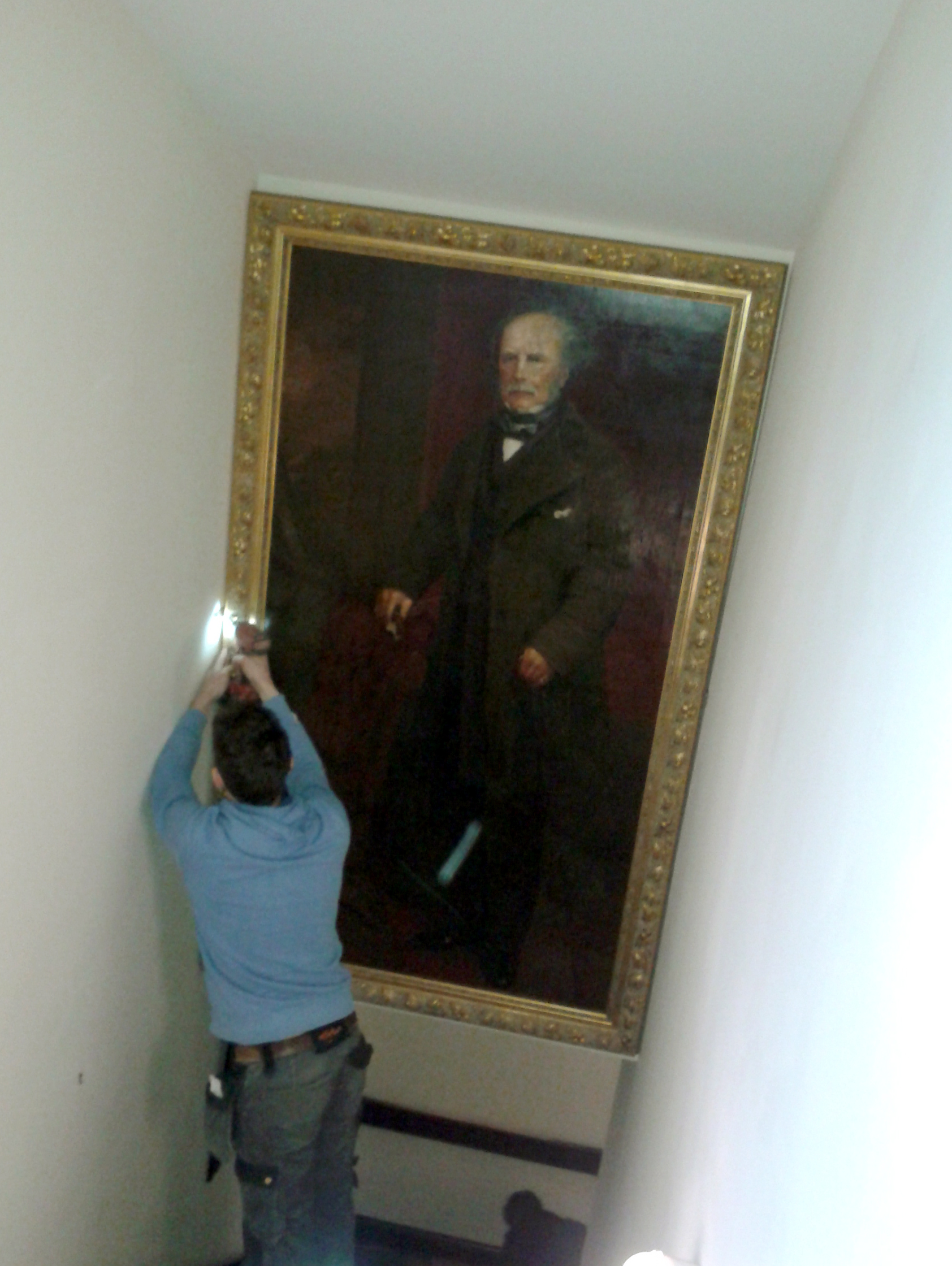 The restored oil painting of the First Earl Howe has now been re-framed and installed within the Hinckley Masonic Hall. this artwork, which has been under the care of the Freemasons of Hinckley since around 1985, dates back to around 1845 and had through the course of time suffered quite severe degradation and physical damage. When the Hinckley Masonic Hall underwent major reconstruction during the summer of 2011, the painting was removed for safe storage and since this time has been restored to good condition.

In 1858 in order to help revive Freemasonry in Hinckley, he agreed to serve as Master of the Knights of Malta Lodge number 50 and upon his election he donated a Loving Cup to this Lodge. This Loving Cup is today displayed in the Provincial Museum on London Road in Leicester and once each year, at the Installation meeting of the Lodge, it is used by the Lodge members, as originally intended to "promote the happiness of the Masonic Body and to all mankind without distinction of rank and sect".

Earl Howe was a much loved and distinguished Brother who practised the meaning and teaching of Freemasonry outside the Lodge as well as in it. He was a great benefactor to the town of Hinckley and started many initiatives to help the residents when the "hungry 40's" hit the town. (The great depression when the framework knitters were short of work and many families were destitute). He also donated a great deal of money to repair, renovate and construct churches throughout the county.

Coincidentally, as Lord Chamberlain and confidante of the Dowager Queen Adelaide, he spent many months on the island of Malta in 1839, where the Queen had gone for the benefit of her health. There can be no connection between this visit and the name of the Knights of Malta Lodge, for that was adopted by at least 1828.

In his new position in the refurbished building, this painting will be seen by every Freemason when negotiating the stairs from the Masonic Hall and will serve to remind them of the history and heritage associated with the Freemasons of Hinckley.